One More Chance > News To Know > Confessions of a Co-Worker…

Confessions of a Co-Worker…

By: A Formerly Disgruntled Employee 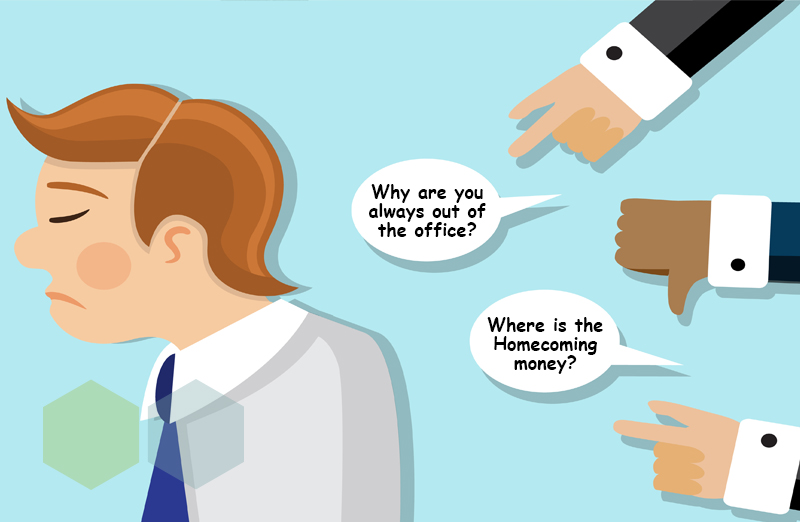 Had you asked me about my work life several years ago, I would have laid out for you a long, twisted tale of erratic behaviors, lies and disillusionment. My regular themes were conviction and punishment. After all, someone I worked with lied, stole and worse.

In other words, I worked with someone addicted to gambling.

Work relationships matter. We spend as much, if not more, of our waking hours with co-workers and colleagues as we do with family members. We morph into colleagues and friends, not just people in adjoining offices.

And just as family relationships can sour or put the “dys” in “dysfunction,” tremendous anger or hurt erupts when people who command such a large share of our daily lives behave badly. “Volatile” best describes the climate in our school administrative offices several years ago. And it started with our boss, the district superintendent.

My radar started pinging the day I saw him slipping out of his office, leaving the lights on and making it look occupied when he was clearly heading out. He acted furtively, constantly glancing around to see who was noticing, and keeping his head down. It seemed strange, especially when he didn’t return that entire day. Little did I know he was committing theft in office, claiming to be at work when he wasn’t. And this wasn’t the first or last time.

Events took a more bizarre turn over the next few weeks and months. Our office acted like a treasurer for high school prom ticket sales, collecting cash and checks to pay for the band, refreshments and decorations. A big chunk of the cash turned up missing. We acted like an episode of NCIS with amateur detectives running around like Mark Harmon tailing a hot lead. In the midst of this slightly-funny-chaos, the superintendent stepped forward accused our head janitor of pilfering the prom pile.

Can you imagine? Of all the things he did during this time, I found this incident the hardest to forgive. Our quiet, devoted custodian carefully tended to our building every day, never complaining, diligently attending to our latest messes and misfires. This kind, honest soul could have lost his job or worse.

But then the other shoe dropped. The president of the school board called us into a special meeting to tell us that our superintendent was now on administrative leave and, if the allegations made against him were true, he would likely be fired. He also might face criminal charges for theft in office, both because of stealing petty cash like the prom funds and for falsely reporting his hours and accepting a paycheck for time he hadn’t worked.

You might as well have set off a bomb in our building. The shock waves were palpable. We walked around zombie-like for days letting it all sink in. Then the numbness turned to anger and the accusations flew.

Many of us were indignant about our victimization. Here we were working hard every day and carefully reporting time off while he – as it turned out – took money for hundreds of hours he spent in a casino. We recounted many stories of how many times he cancelled meetings or ignored important issues and now realized that was because he was too absorbed in planning his next spin of the roulette wheel. And, as I said, nothing irked us more than his stooping to blame an innocent colleague just to protect his own hide.

Many of us weren’t satisfied with just inner-office conversation – some wrote letters to the school board and eventually the judge, demanding that the superintendent face maximum penalties. Self-righteous resolve can be highly energizing.

Over time though, I came to learn how much the superintendent paid the price for his brain disorder. He required inpatient mental health treatment and there was great concern that he might commit suicide. He spent six months in jail, lost his job, had to tap into retirement savings to repay his debts and then was forced to try and find some way back to normalcy and a job where he could support his family and stay sober. His family especially suffered, trying to support him through the roller coaster of treatment, while undergoing public humiliation and facing financial ruin.

I’ve also come to realize that, just like alcohol, drugs or other addictions, this man’s brain was altered because of gambling. He couldn’t and didn’t make good decisions because his brain’s demands for more outweighed every other issue in his life. It turned a former standout football star, strong leader, great Dad and husband into someone most of us didn’t really know and didn’t like. If his behavior came from cancer or early dementia or some other physical disease, we would be more compassionate and empathetic.

I now understand that his behavior did come from a physical disease, one that’s complex, life-altering and very hard to detect. We just didn’t understand that at the time.

I hope our former boss has found a separate peace. I know I have learned a lot from this work experience. Good people can do bad things when their brain has been hijacked by addiction.