One More Chance > News To Know > The Heart of the Matter

The Heart of the Matter 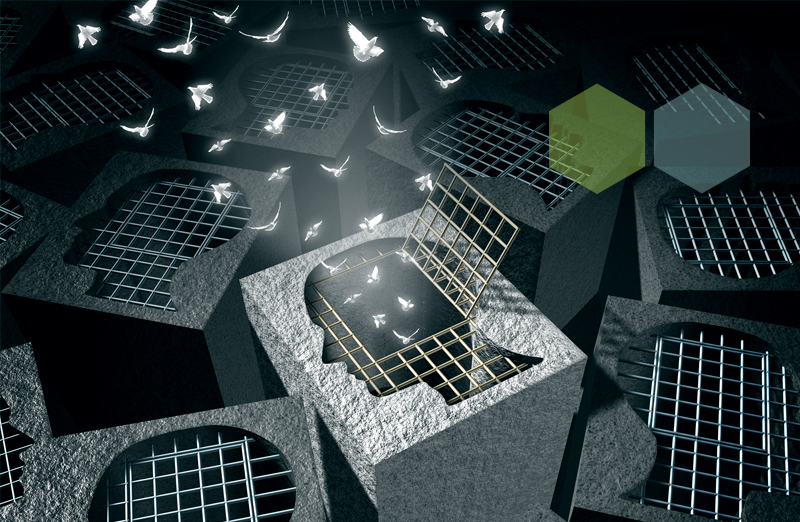 I relive many stories and voices every day. The young man who died on a Parsons Avenue sidewalk and was resuscitated by a minister’s wife who just happened by on her dog walk. The former police officer who began stealing from the property room to feed his gambling addiction. The daughter who can’t trust anything her mother tells her. The young man who stole his grandmother’s mower and pawned it for his black tar heroin fix. The wife forced to divorce her husband of more than thirty years to protect her retirement.

They go on and on. Tales so dark and sobering they bore into your psyche and leave a lingering sense of loss you never quite shake. Fortunately, many also are suffused with the pink dawn of hope, the white peace of recovery and, in many instances, the soft blue of forgiveness.

Addiction is a brain disorder, a chronic disease no less debilitating than cancer, diabetes or Alzheimer’s diseases. Perhaps the latter offers us the best analogy. With Alzheimer’s, the patient’s brain is slowly, inexorably altered by wayward proteins that denigrate brain function. The person we know and love slips away in a fog, soon to have no memory.

Addiction, too, alters brain chemistry and processes, although compared to Alzheimer’s, these changes can occur at warp speeds. Once a brain is “hooked,” nothing is ever the same.

Those impacted by someone else’s addiction usually start with blame. After all, the addict just seems to constantly make poor choices. Nothing is sacrosanct – lying, cheating, stealing, even violent behavior – whatever it takes to get whatever you need.

As one spouse of a gambling addict said, “it’s like he has another mistress. Only she’s a roulette wheel.”

We stumble around the “whys” and “hows” as well. “Why can’t he quit?” “How could she do that?” I know a mother whose son stole from her repeatedly until he was finally arrested and sent away to incarceration. She lies awake many nights wondering how he so callously abused her love and acceptance.

Loved ones, colleagues, friends – they feel betrayed because they are. Patience wears thin. Emotions seem permanently suspended and distended by a tyrannical merry-go-round. Excitement the day he seeks treatment. Unbelievable disappointment when she relapses. Despair when he again disappears into the fog of addiction.

It’s exhausting and it can last years. Worse, it can take a lifetime. People with addiction die sooner, either because of the physical toll on their bodies, overdose, or because the mental/emotional price pushes them toward death by suicide. Imagine the horror of the mother who found her grown son dead on the bathroom floor from fentanyl or the wife who found her husband after he shot himself because he picked up a bottle again.

Many do overcome and persevere. That’s why hope is as vital as oxygen. Think of the mom who, for the first time in eight years, celebrated Mother’s Day with both of her sons who were off heroin and the streets. See the shy grin of the young college student finishing his senior year and earning a degree in psychology so he could help treat other people who suffer from social anxiety disorders and addiction.

The stories of those in recovery are incredible. They rediscover the joys of parenting, gain confidence in their ability to earn a living, rejoice in buying a home. Every success is savored in ways many of us never pause to consider. The eight-year-old who said he had his mom back. The sister who rescued her brother from life in a dumpster to see him go on and rejoin his family. The mother whose pride in her son’s recovery led her to start a scholarship program so other less fortunate people could afford vital after care.

Life isn’t perfect. Some people relapse even after as much as a seven or more years of sobriety. Those earlier in their sobriety journey relapse seven or more times before “it sticks.” I loved the outreach worker at Maryhaven who, when asked why he brought in an inebriated soul for the twenty-fifth time for detox, said, “twenty-six might be the magic number.”

You may be wondering how all this relates back to gambling addiction. And the answer is simple: addiction is addiction. There’s no difference. The brain rewires just the same tossing dice, pulling slots or clicking yes on online bets as it does by using crack, crystal meth or alcohol.

Growing tolerance or need for more to achieve the same dopamine rush? Identical. Withdrawal symptoms when practicing abstinence? Ditto. Pain, sacrifice and damage done to those in our lives? Ibid.

That’s why it’s so important to get help, no matter what the person suffering from these brain disorders chooses. Because it’s in the forgiveness that real healing begins and where life becomes worth living again.

A fan of Don Henley, I think of his song “Heart of the Matter:”
“The more I know, the less I understand. All the things I thought I figured out;
I’m learning again. I’ve been trying to get down to the heart of the matter…
my will gets weak and my thoughts seem to scatter, but I think it’s about forgiveness…”