One More Chance > News To Know > What’s So Funny About Addiction?

What’s So Funny About Addiction? 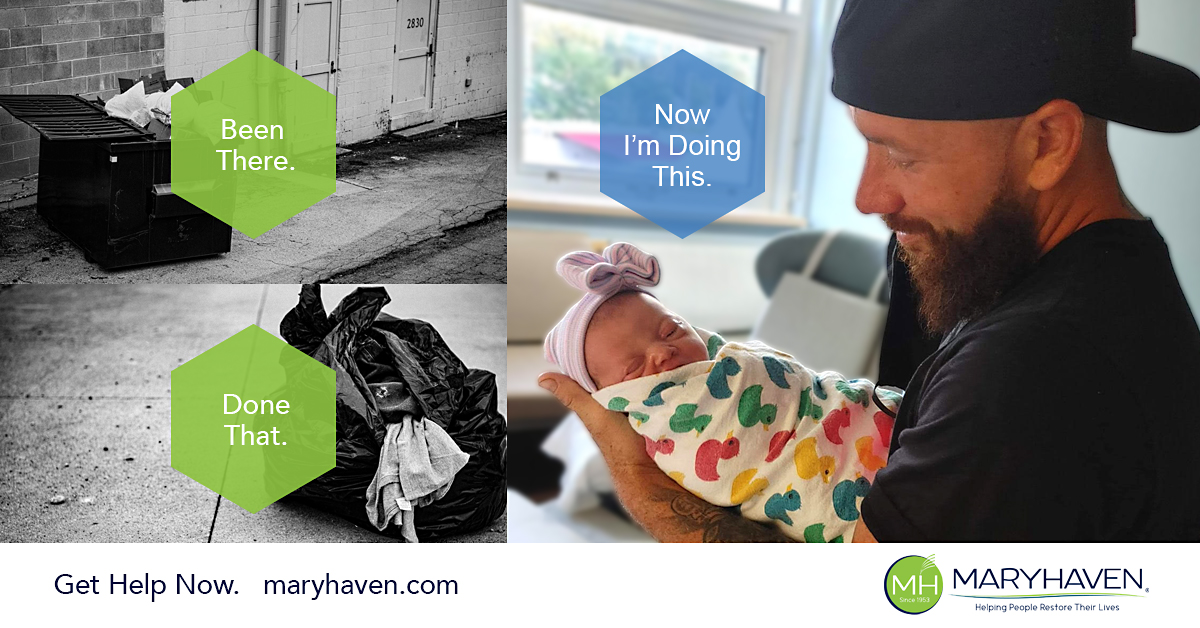 You might have caught it. Maryhaven’s new television commercials include a quiet smile, a touch of humor, as Dave, Kelsey and Stacy reflect on their respective “been there, done that, doing this” experiences.

It may seem odd to think that we find anything funny about addiction. After all, most people do outrageous and even egregious acts under the influence. Comedian Robin Williams describes these situations as when our “conscience checks into a witness protection program.” He also called blackouts “sleep-walking with activities.”

Stacy first teased out the idea of adding levity to testimonials a few years ago when he was sharing his story during a videotaping. His is a tale more likely to make you flinch than smile. Yet his understated, open and likeable demeanor draw you in, no matter how uncomfortable the topic. It’s like listening to comedian Andy Gold, who said that his incarceration when on heroin wasn’t “hard time, just weekends. More like jail reserves.”

Stacy started using at age eight. Heroin so consumed his life that he ended up homeless, dumpster-diving for food. Overdose seemed a lot more possible than recovery. Despite the obstacles, he made it to Maryhaven. He grinned when he told us that the only asset, he brought to rehab was a bag of old clothes that smelled worse than his favorite dine-and-dash location.

And, when telling us about life in recovery, Stacy held up the ultrasound image of his soon-to-be-born son and said, “I think he looks a lot like me right there.”

The ads strive to capture the contradictory truth behind our views of mental disorders. Just like our opinions on every other aspect of being human, we respond to addiction with bundle of contradictions and a mélange of mixed messages. Comedian Mark Lundholm says our beliefs often make as much sense as drinking a pitcher of margaritas while watching an episode of Intervention.

Despite the confusion, there’s irony in addictive behavior and, if laughter is our best medicine, why shouldn’t we use it to heal from addiction too?

Health researchers have long documented the therapeutic effects of laughter, promoting everything from a rush of dopamine, or positive chemicals in the brain, to better circulation and release of toxins trapped in the muscles. Behavioral health specialists even sort humor into three types or categories and explain the relative benefits of each.

Science aside, I believe the main reason humor helps is that it functions as the great leveler. When we can be amused by our bad decisions, when we can laugh at someone else’s faux pas and faults, we realize that all of us are the same.

We find beauty in the septic tank, levity in the sewer and universality in a particular insanity.

It’s comedienne Liz Russo saying she became so adept at urinating in a cup during her one year in prison that she will now use the skill as her “talent” when she enters the Miss USA Pageant.

And it’s Robin Williams again saying, “when you start violating your standards quicker than you can lower them, it’s time to change.”

There’s a piece of Stacy’s, Kelsey’s and Dave’s stories that acts as a mirror. Humor helps us see our own reflection with humility and grace.